Watts School, District No. 22, was the last log schoolhouse in Marion County. Some of its teachers were: Frank, Oscar and Gip Carson; Fulton and Nola Patterson; John N. and Ruby Phillips, Edd and Alex James and John Q. Adams, it. I think Alex James was the last person to teach there. I attended summer schools there in 1913 and 14. 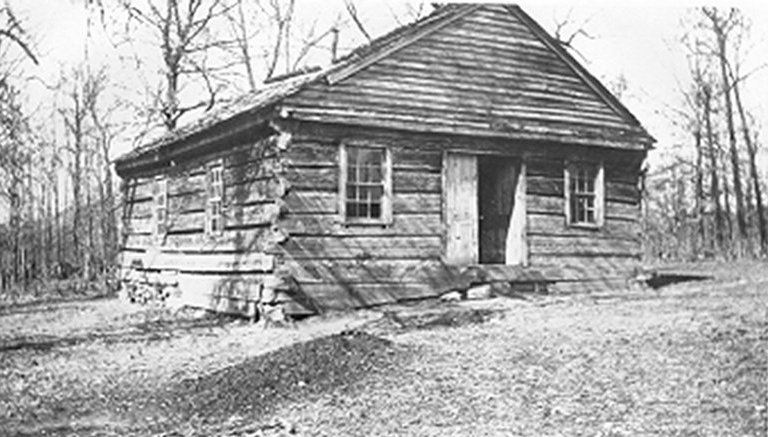 Mr. Adams was the teacher and he came by our house and picked me up each morning. He and his horse, if old Nell," were a beautiful sight to me that first morning - I had a paralized leg and did not get to start to school until I was 9. On our way to and from school we learned the names of all the weeds, bushes, trees, bugs, snakes, birds and flowers as we rode along.

At school many of the students were related and I felt like an "outsider." Inez Keeter came to me at my first recess and asked if I wanted to go "down the road." I would have gone any place just to get acquainted. "Down the road" was where we went to take care of Nature's calls - the girls south and the boys north. We selected a large oak tree and behind it did what came naturally. The Charmen we squeezed down there was a leaf from a nearby bush.

There were usually 25 to 30 in the school and I was far more fascinated by the things the grown students could do than I was with Jane's apple or Spot's ability to run that were in my reader. Mr. Adams was the best teacher I ever had. He was intelligent, handsome, clean and cheerful. He instilled knowledge into his students and gave them an incentive to study.

We played stinkbase, knock the wicket, pig in the pen wants a motion, town ball and many other games. All played together and there were never any unpleasant incidents. Walton Smith, Logunzie Callahan, Jessie Smith and Inez Keeter were my playmates when we were building playhouses.

On Fridays we sometimes had spelling matches and I was usually the last one chosen for I always left the "e" out of tired and other intelligent things like that.

We had a bucket and a dipper - that was the waterfountain. The spring was at the bottom of the hill about half a mile from the school. Everyone wanted to go to the spring; therefore getting fresh water was no problem.

If anyone had needed a dollar all pockets could have been emptied and we would not have had that much money on us any day. But we were happy and our lunch pails were always full of good food. The Government didn't even know we were there, much less have to subsidize us; nevertheless, we were all able to make our livings on our own.

The school was used for community get-togethers. During the World War I we had all kinds of things there - pie suppers, candy breakings, singings, etc., to make money to buy thread and materials for the things we were making for the boys in service.

Reprinted with permission from the Flippin History notebook of Lyle Wood.