The first school built at George's Creek was a one room school. Fire destroyed this building in 1924. It was located in the southern part of the George's Creek Cemetery at the present time.

My father, Charley Burleson, was attending school at George's Creek while J.W. Black was the teacher. One of the rules was that only one person could go to the outhouse at a time. A small boy held up his hand for permission to be excused. Mr. Black told him he would have to wait until the person out came back. Finally the boy who had been out for such a long time returned, so Mr. Black told the next little boy it was his turn. The little boy shyly replied it was too late, he had already gone. 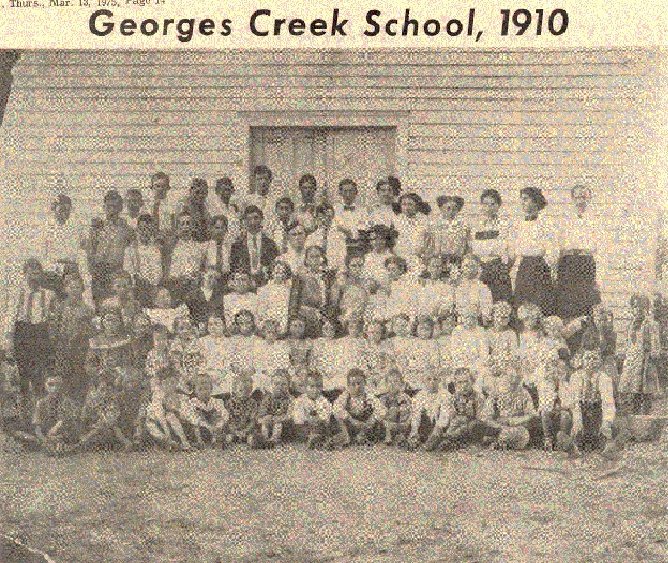 In the early years of the George's Creek school some of the children lived across Crooked Creek and used a boat to cross in. Then in about 1920 a swinging bridge was built just a little below the mouth of George's Creek for them to cross on. There were two large, water oak trees, one on each side of the creek. The two cables were fastened to the trees above flood stage. Back from each tree a dead man was buried to fasten the ends of the cable to hold them tight. Steps were built up to the cables to the swinging bridge.